These color depositing drops refresh your red hair in one easy step. Simply mix drops with your normal conditioner to deposit color and deliver vibrant tones! Enhances natural or 'by choice' hues with just a few drops.

Natural redheads: Use this if your hair is fading or you want more red in your hair naturally. Red is a universal conditioning shade for all red hair shades. Once you use the product, you will see more red tones in your hair.

Redhead 'By Choice': Use this if you're between salon visits and want to keep your vibrancy.

*Always strip test first + do NOT use if you have blonde highlights in hair.* Super easy to use, simply put some of your daily conditioners in the palm of your hand, add a few Red base drops to it, mix it and then apply evenly through your hair. For subtle color, use 1 - 3 Red base drops; for a more intense, bold, and vibrant hue, use 4 - 10 Red base drops. Be sure to wear provided gloves to avoid staining.

I love this hair product!! So easy to use, wears well, looks great! And my hair feels Fabulous!! Thank You, HTBAR!!😘

I have deep auburn hair, though when I’m out enough in the summer it gets more coppery. As I’ve aged I’ve spent less time outside, especially since moving south where the summers are more brutal, so my hair has darkened over time too. I bought the Red Drops to play with boosting the red tones to my hair, and I’ve been pleasantly surprised after using them! I’ve tried them twice now and I’ve seen a lovely, natural deepening of the red tones to my hair! Admittedly I was terrified to try anything that would alter my natural hair, but I feel like now my hair looks like I’ve been out in the sun and it’s in its most vibrant state!! I’ve already tried it over two consecutive washes (the first I didn’t use enough product for the depth and thickness of my hair), and I would absolutely recommend it to anyone looking to boost their luster.

This shampoo is awesome! Glad I finally tried it.

Has not damaged my hair or left it feeling dry. It helps add a little boost to my color when I feel like it starting to fade (with age), so this helps boost my confidence (and not have people say my hair is more blonde than red) and I don't have to get permanent color all the time! 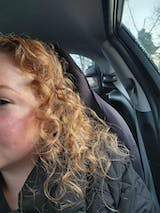 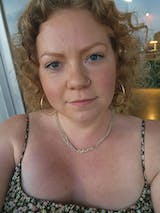 L
Loni
Convenient and easy to use

Love this product to add to your own favorite conditioner. Very natural looking.

Get the longwearing + volumizing eyebrow gels! Tint and transform your redhead brows.